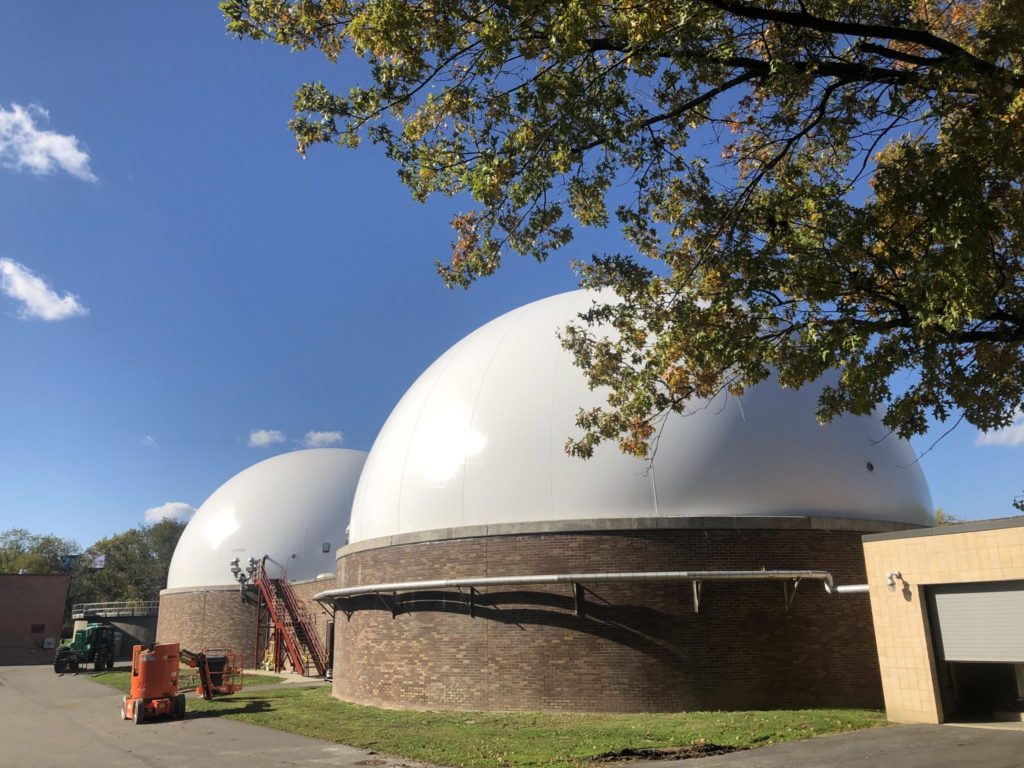 The project focused on the replacement of the digester covers but also included: